Comments are shut down. I’m up to something.

I got my picture in the paper! You can see it on The Gazette’s website in several editions, along with an article about the Jaycees’ event where the photo was taken.
Now if you look at that photo (it’s the group standing in front of a brick wall), you won’t actually see me anywhere. That’s because I’m not in it. Instead, it’s “my picture” in the sense that I was the photographer. (I was also responsible for the press release the article is based on.)
This is the fifth time since January ’09 when The Gazette has printed one of my photos. It’s also the first time I’m aware of when they’ve put one of my photos on their web site.
I think it’s kinda cool!

Here’s a larger version of the same photo: 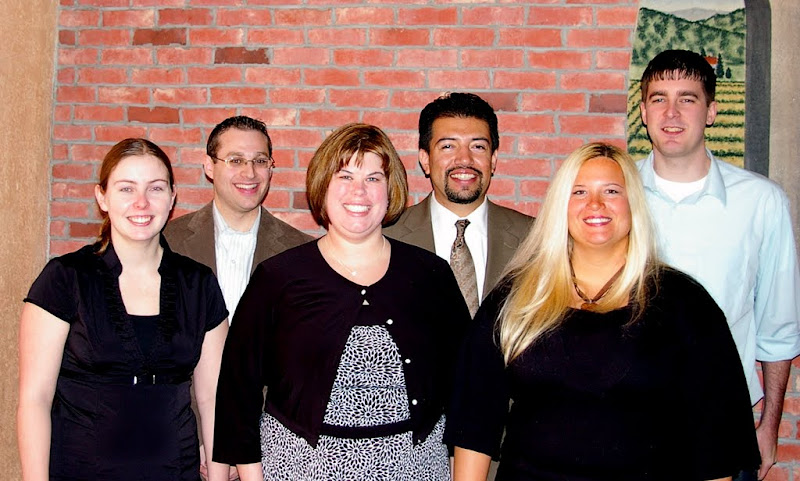 Wylie demonstrates his technique for hiding from scary monsters while still getting to the cool air. This camouflage technique has the added advantage of allowing you to pretend not to notice that someone is trying to change the bed sheets.

The snow on the roof of the car is taller than me! (It’s been a long time since I couldn’t see over the roof of a car.)

But it does look nice! (Please note that the yellow cast to the snow in the foreground is due to a street light and has nothing to do with Wylie.)

The weather forecast calls for a chance of additional snow on (or possibly before) Christmas Day.

I frequently use movie posters to create unique wrapping paper for Christmas and birthdays. Imagine finding this “Bee Movie” package under the tree!

Wylie enjoys lounging on the couch, particularly on the reclining section furthest from the window. When I’ve had guests over, and the couch was full, he’s been known to hop up next to a “squatter” and nudge that person until he or she moves out of his spot.

When Wylie is alone on the couch, he likes to curl up toward the back where the cushions meet the back. He tends to drop down into the space in between.
Which leads to an important tip: If you can’t find your dog, don’t forget to check under the sofa cushions. (This also applies to loose change.)

The watermains are getting an early start this season – usually they don’t start popping until mid-December or January. (I don’t know why, but for the past several years, we’ve had two or three breaks each winter.)

Fortunately the guy from WSSC was a bit more careful about parking his truck than the crew from Washington Gas a few months ago.

This seems to imply that it’s OK to run over people if they aren’t in the crosswalk.

I feel obliged to point out that in order to take this photo, I had to step out of the crosswalk. And yes, I did notice the oncoming semi. (That street is closed most Sundays for outdoor concerts and the like. The truck was there to pick up the equipment.)

Talk Like a Pirate Day was (of course) back on September 19. I’m just a wee bit late posting the photos. Time for me to get with the program and take care of not only this, but a number of other things which have been on the back burner.
First up, we have Wylie demonstrating that he can still get the girls.

Blaine recently had a birthday and spent some time trying to blow out anything that looked like a candle. And since at the time it was still mosquito season, there were tiki torches all over the place.